Place and Duration of Study:  Liaquat National Hospital, Karachi, from April 2019 to September 2019.

Conclusion:  With Moria microkeratome, accuracy of the flap can be predicted in SBK. It is a safe and effective method to achieve the desired results. 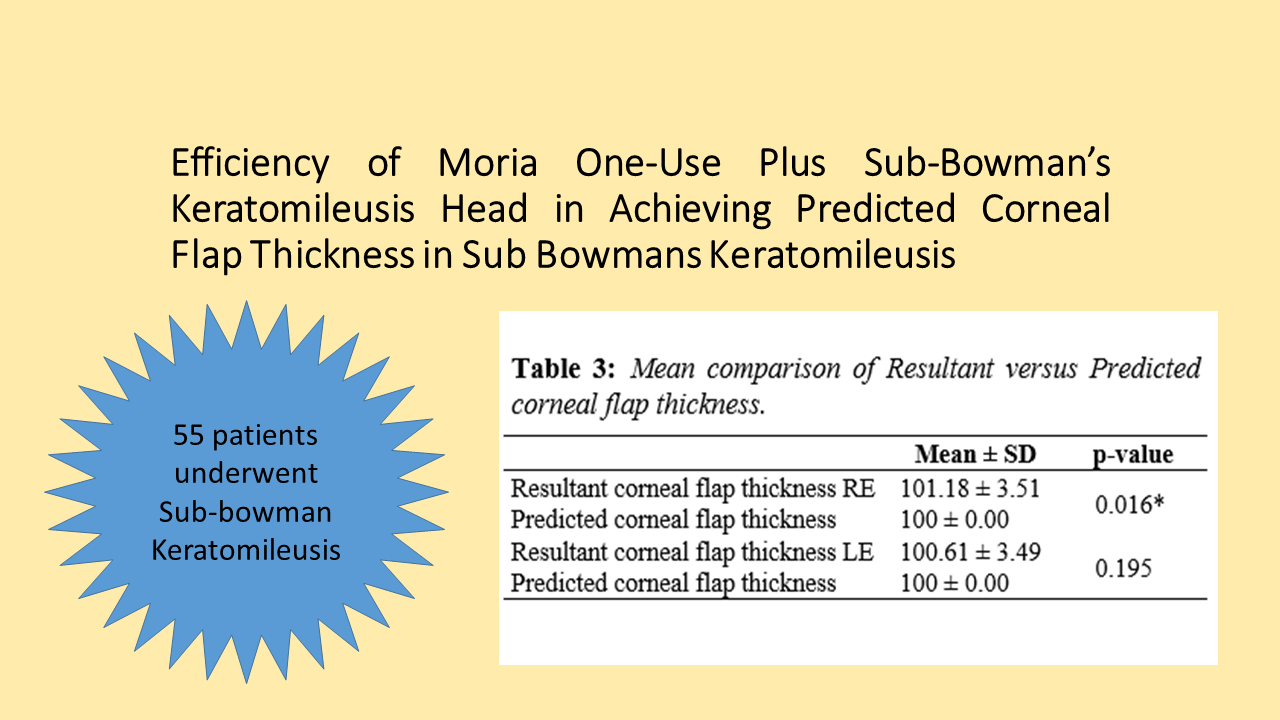 This work is licensed under Creative Commons Attribution-NonCommercial 4.0 International License which allows to copy and redistribute the material in any medium or format, adapt — remix, transform, and build upon the material as long as the user gives appropriate credit, provide a link to the license, indicate if changes were made and do not use the material for commercial purposes.